Bahrain is a group of 33 islands off the coast of Saudi Arabia, in the Arabian Gulf.

Bahrain is rich in the history and cultural legacy of ancient civilisations and offers a fascinating blend of Eastern and Western cultures, as well as modern and ancient. The capital Manama is a bustling cosmopolitan which boasts world class restaurants, shopping centers, and tourist attractions.

Bahrain's climate is hot in summer and mild in winter. From November to April the weather is very pleasant, with temperatures ranging from 15 to 24 degrees centigrade. Arabic is the official language, but English is widely used by most businesses.

Four times larger than the old airport terminal, the new building has the capacity to handle up to 14 million passengers per year. It offers rooms, suites and sleeping pods that can be booked for stays of two hours and upward. There’s also a museum space called Cultural Heritage Galleries, which celebrates Bahrain’s past and present.

A Major Hub for Technology and Innovation

Bahrain has developed a business-friendly environment, regulatory framework, and support system that make the kingdom an attractive destination for global companies, investors and entrepreneurs. With its skilled population, low cost of living and continued investment in technology infrastructure, Bahrain is positioned to continue to achieve positive outcomes.

The Kingdom of Bahrain is considered a unique culture and tourism destination in the GCC region and is well-known for its tolerant lifestyle and rich history and traditions. To get a visit visa to Bahrain, just fill in the form available on the eGovernment National portal (www.bahrain.bh/visa), or request a visa through the hotel you will be staying in during your stay for a small fee. 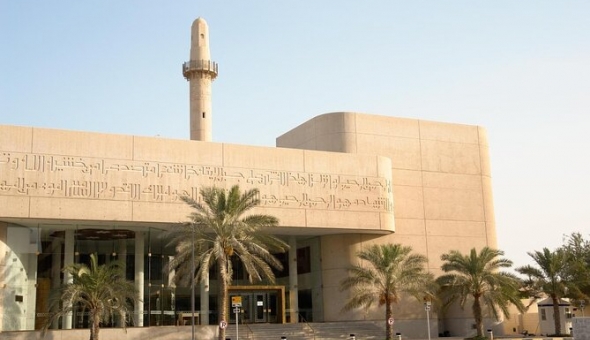 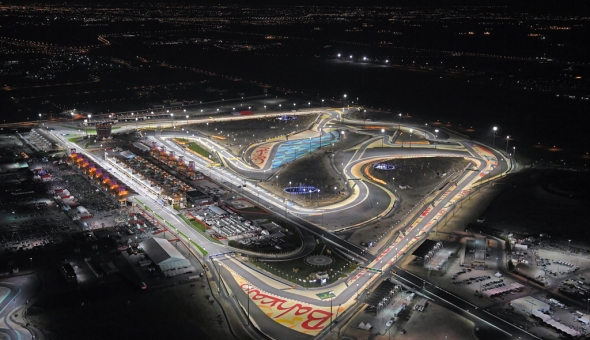 Located in the city of Manama, Bait Al-Qur’an or House of Qur’an was inaugurated in March 1990. It is a typical specialised museum consisting of several floors and characterised by most distinctive Islamic design.

The Bait Al-Qur’an houses ancient manuscripts of the Holy Qur’an that have been collected from the Islamic world in general and from North Africa, Iran, India and China in particular.

The Bahrain International Circuit is a venue used for drag racing, GP2, and an annual Formula One Grand Prix. For the first time in 2006, there was a V8 Supercar race, named the Desert 400, and also a 24 Hour Race.

The construction of the Bahrain circuit was a national objective for Sakhir, Bahrain, initiated by the Crown Prince, Shaikh Salman bin Hamad Al Khalifa. 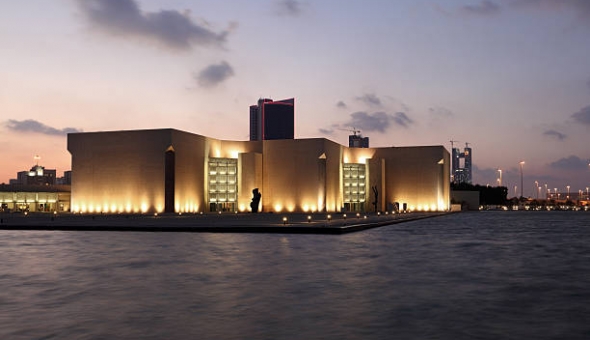 Bahrain City Centre is the first and biggest mixed-use development in Bahrain offering the best shopping, leisure and entertainment experience to its customers under one roof.

Strategically located on Sheikh Khalifa Bin Salman Al Khalifa Highway in the heart of Manama, Bahrain City Centre has introduced a world-class retail ambience and hundreds of other 'firsts' to the Kingdom including 150 of its over 350 internationally reputed brands making their debut in the country. 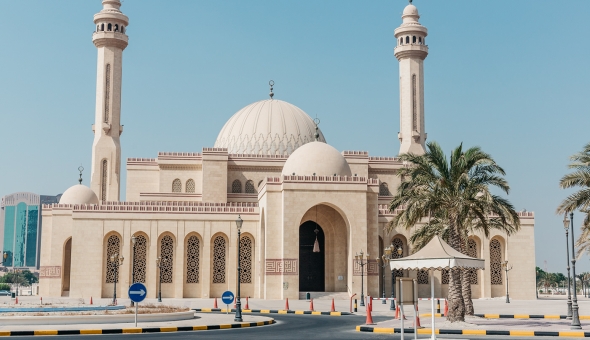 Dedicated in 1988, Al Fateh Grand Mosque is the largest edifice in Bahrain in terms of volume.

With twin freestanding minarets soaring at 70 meters, the mosque has space for 7,000 worshippers.

Situated at the junction of Al-Fateh Highway and Sheikh Hamad Bridge leading to Muharraq, the museum was officially opened in December 1988 to become one of the latest and largest museums in the Middle East.

The Museum consists of several exhibition halls covering the history of Bahrain from the Stone Age, through ancient civilsations and up to the pre-oil period.

General Information:
Currency: The Bahraini Dinar is the country’s official currency which equals around 2.6 US Dollars, or around 2 Euros.

Language and Religion:
Language: The official language of Bahrain is Arabic, but English language is widely spoken.

Religion: The official religion of the country is Islam, and its permits followers of other religions total freedom to practice their faith, as evidenced by its many churches and temples.

Getting Around:
The Kingdom of Bahrain has a public transport system which includes taxicabs and buses.

The main companies which offer such services can be reached at: